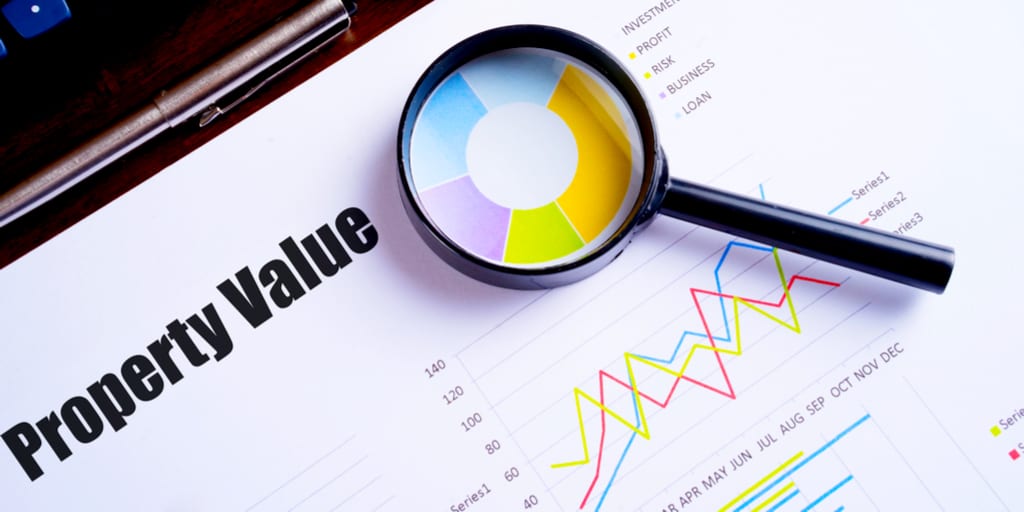 The housing market continues to face challenges from affordability constraints These include a lack of homes for sale, economic uncertainty and concerns about forthcoming interest rate rises. Figures come from the September monthly report from the Royal Institution of Chartered Surveyors (RICS).

Unlike other house price indices, who generally rely on empirical data, RICS’ monthly report is sentiment based. This means that its surveyors from across the country provide their views on a series of questions. These relate to what they have observed over the previous month in their area.

Surveyors are a vital part of the property ecosystem. If a property is purchased with a mortgage, a surveyor’s valuation is required by the lender. RICS members have unique insight into how the market is performing from region to region.

As usual there are regional variations in housing markets. Northern Ireland in particular still shows a strong residential market according to RICS. Looking at the UK as a whole, prices are now falling nationally but the regional picture remains varied.

The financial services giant PwC expects prices to increase by 4% by 2022. This is compared to an overall UK rise of 3.4%. Northern Ireland did suffer a steeper fall in house prices than other parts of the UK during the financial crisis. Prices in the rest of the UK have passed pre-crisis peaks. However, in Northern Ireland they are still far below.

Even if prices do increase by the forecast rate, they will still be about 28% lower than the 2007 pre-recession average.

In October, house prices in Scotland continued to rise; 44 per cent more respondents saw a rise in prices rather than a fall in Scotland.

As prices fall in some areas of the UK, Scotland and Northern Ireland are seeing the strongest growth. The drop mostly stems from London and the South East. The price balance in the South East deteriorated during October. This will be looked at further on.

The rise in price is partially inspired by a lack of continuous supply. 16 per cent more respondents saw a fall rather than rise in new instructions over the month. This continues a trend going back to summer 2015.

Demand from buyers in Scotland has remained resilient. October saw a slight decline. This could be due to the lack of stock, continued uncertainty, and winter slowdown. In October, 13 per cent more respondents reported a fall in buyer interest. Near term sales expectations however, continue to rise.

The Rest Of The UK

In October, the waning market has negatively affected house prices. Survey respondents are doubtful that the UK sales momentum will increase any time in the near future.

In the October survey, 10% more respondents saw a fall in prices at the headline level. This is the weakest reading since September 2012. It mostly stems from London and the South East, with the price balance in the South East deteriorating during October. East Anglia, the South West and the North East also saw negative price balances. Prices continue to rise in other parts of the UK, with the strongest growth in Northern Ireland and Scotland.

The report says that lack of affordability in parts of the country remain a key challenge. The subdued sales in these areas is still placing pressure on prices.

East Anglia, the South West and the North East also saw negative price activity. Prices continue to rise in other parts of the UK.

Price expectations over the coming three months are also slightly negative at a national level. The outlook for the year ahead is now broadly flat. For those looking for their first homes, the market is fairly static price wise.

RICS noted that weaker price trends were driven by the lack of demand. This is in part a result of political uncertainty around Brexit, ongoing affordability, an upward move in interest rates and a lack of homes coming onto the market.

In October there was a 14% fall in buyer interest. This is the third report in a row in which demand has fallen.

The report says that nearly all UK regions saw a further decline in new instructions. The supply pipeline remains very close to an all-time low. There appears little chance of any meaningful turnaround. 30% of respondents reported the number of appraisals to be down on year on year basis.

Given these findings, RICS says it is no surprise that sales remain subdued. This is the third consecutive monthly decline in transactions.

In the lettings market, RICS quarterly data indicates an incline in tenant demand. This is during the three months to October. According to data from Reapit, who manage software for letting and estate agents, demand for rental properties has risen 13.3% over the past year.

However, landlord instructions have continued to fall. They negative for a tenth straight quarter, the longest negative stretch since RICS records began in 1999. As a result of this, rents are expected to rise over the coming months if only modestly.

The amount of properties on the market has declined 6.9 per cent. This is in-part down to landlords selling to avoid paying new buy-to-let taxes.

Changes to the way that landlords are taxed (otherwise known as Section 24), was actually announced in the 2015 Budget by the then Chancellor, George Osborne.

Buy to let investors have been paying additional stamp duty on their purchases since 2016. It’s estimated that as many as half of all landlords in the UK with buy to let mortgages are unaware that they will soon have to pay more tax on rental income. This will start in January 2019 and increase over the next few years as the amount payable to the treasury increases.

Latest research from the National Landlords Association suggest as many as a fifth of all landlords may leave the sector over the next two years. This will remove up to 980,000 privately rented properties from the UK’s market. This could create a huge upwards pressure on rents.

Many industry commentators have suggested that spring 2019 will see a significant amount of landlords selling up as buy to let is no longer a viable investment for them. This and their self-assessment statement in January. For many, this is the first sign of what’s to come.

What Is To Come?

The slowdown in price rise suggests that the currently subdued conditions are as a result of a weakening at entry level. This is where the price of properties with two bedrooms or less; the ideal rental investment, are falling.

This is due to changes in the way that buy to let investors will be taxed from next year. Many are holding off purchasing further properties or indeed exiting the sector altogether.

First time buyers might now have a better chance of getting their foot on the ladder. This is due to a combination of suitable properties on the market, lower pricing and as of last year, an exemption on stamp duty and of course, the affordable housing scheme.

Whilst the government uses the tax system to try and help first time buyers Landlords are becoming deterred.

At this time of year for the last five years there has been an average autumn surge of 1.6 per cent in the price of property coming to market. This year has been more subdued with only a one per cent uplift.

Political uncertainty and limited buyer affordability remains the same. However, this month has seen price drops at the bottom of the market pulling down the national average.

Remortgaging Quotes Can Save You Money

Does Self Build Make Financial Sense?